EXIST Review on Board Game Geek

Review: EXIST by Brody Sheard for Board Game Geeks

EXIST is a party game for 4-10 players that includes a variety of cards for each time you play the game that includes very absurd scenarios. Each player will compete in these scenarios to be the only player to EXIST.

Getting the Game:
When opening the box, you will find 6 decks of cards in their own deck boxes. 3 decks include the resource cards. These cards are the main cards you will all use to escape the scenario presented in the game. Along with the 3 resource decks, there is another deck that represents an opponent, location, or wild. The opponents are those who you will be facing off against, the location is where you will be facing off against, and the wild will either throw in a random component to the scenario or will cause an action to take place to change a rule this round. Besides the 6 decks of cards, there is a single Supreme Decider card. This card includes the powers that come with it and what you are responsible for as the Supreme Decider. 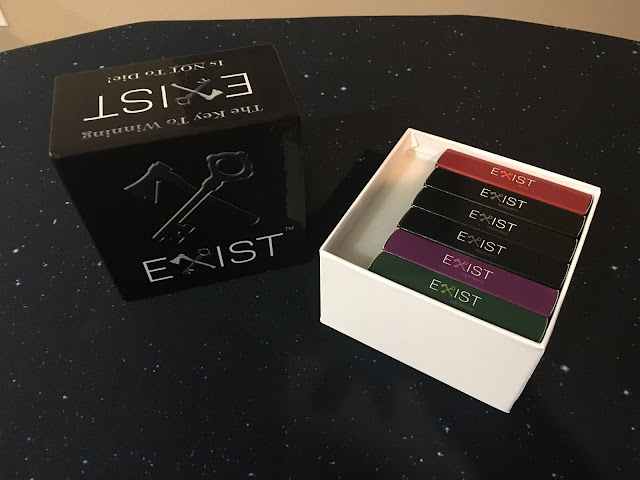 Have you played cards against humanity? Apples to apples? Well this game includes similar mechanics of those games, but adds more storytelling and variety to the game.
Playing the Game:
Each player will be dealt out 7 resource cards each. All other decks will be shuffled and placed out on the table. One opponent card, location, and wild will be flipped over for all to see. This is your scenario. Each player besides the Supreme Decider will choose one of their resource cards that will help them overcome the scenario. 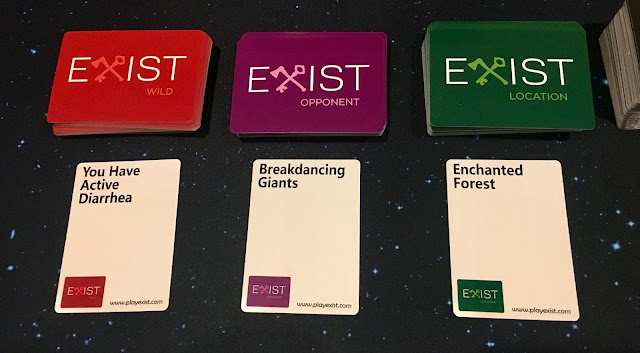 There is an endless variety of scenarios due to the combos of drawing one card from each deck. Players will choose their own resource card based on being effective, funny, or due to a persuasive argument for the Supreme Decider to consider. 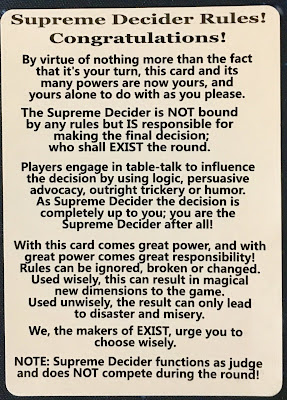 After all players have player a resource card, the Supreme Decider will shuffle them so they don't know for sure who played each card and will read each card out to the group. Players will be using their imagination to persuade the Supreme Decider to choose their resource card. Table talk is highly encouraged even though this might at times reveal ownership of the resource card. You can also bluff in the game and make a great story up on how another player's card would work in the situation. This often times gets a great story forming because the player who actually own the card will chime in as well, persuading the Supreme Decider more. Other players will see how this card might beat theirs, and they will chime in with problems that would or could occur in the scenario to persuade the Supreme Decider on how this resource is such a bad idea. 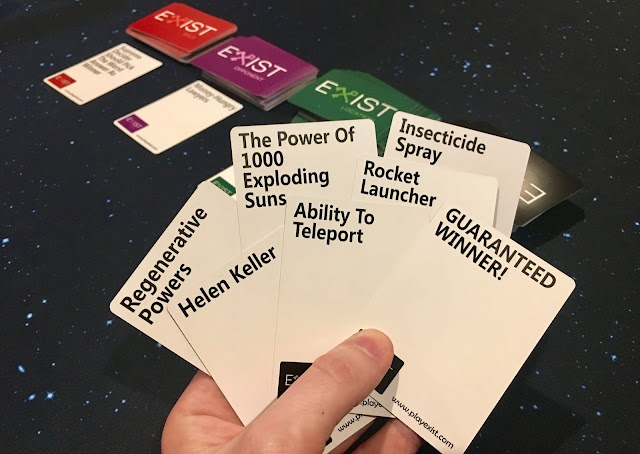 Artwork and Components:
There is no art on the cards. This was done on purpose to let each player's imagination tell the story instead of the art presented on the cards. Components consists of standard cards. 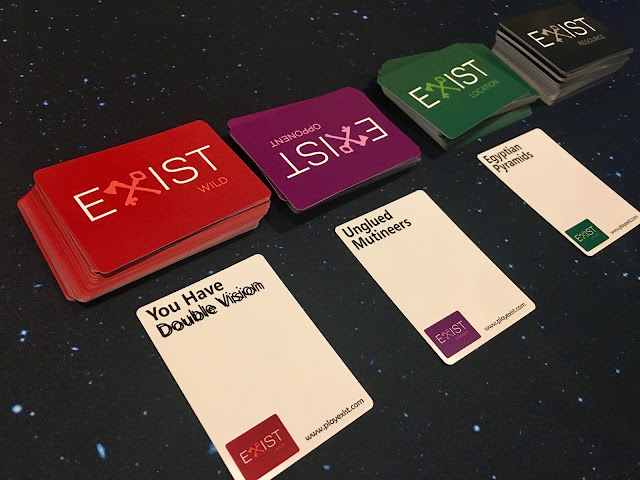 The Good:
My favorite thing about this game is when everyone is chiming in on the scenario and a great story is told. Often time, this happens with every single card if the players are all invested in the game. I love how you can bluff in the game and make it seem like you are encouraging the Supreme Decider to pick a card that might not even be yours. This can even confuse the player who put that card down. The game is all about having a great time and laughing about crazy scenarios.

The game makes it clear, you have to make a good story from the cards you are dealt. You might not have the best cards, but you can always make the best story using one of them.

The Bad:
Often, rounds can become long due to the storytelling and bickering between players. If you don't like crazy party games that includes bickering and making up absurd and off-the-wall stories for the scenario then you will not like this game. 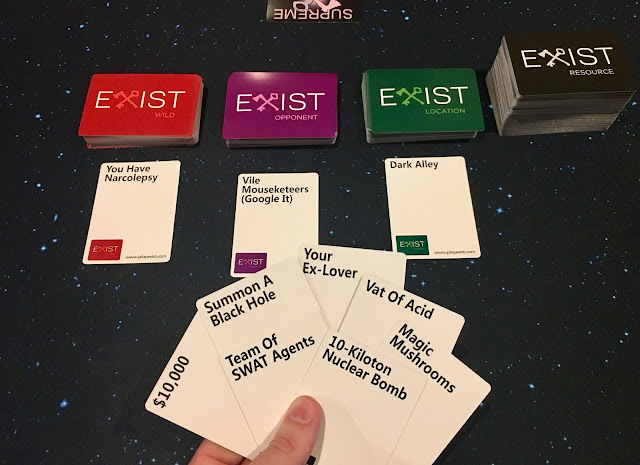 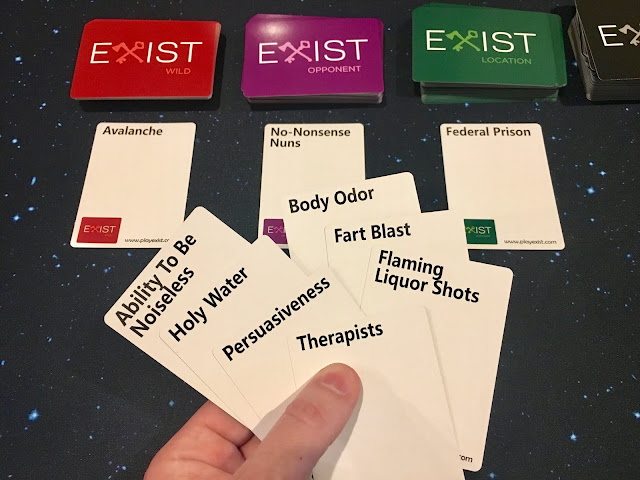 Final Thoughts:
I first brought this to a game night and I was busy already playing another game. Another group of gamers saw the game and decided to play it. Without much time to learn it all on their own, they were having a blast playing it. I came over to see how they were liking it, and was able to hear some of the craziest scenarios. They had what-ifs and what-abouts being said all over the place and everyone was getting in on the story telling.
Bickering and arguing about scenarios and what-ifs and buts is what this game turns into, and that can be a lot of fun if that is the atmosphere you want and are looking for. This game is not for the the gamer who wants to math out turns to see if they can win. There is definitely a time and place for this game, and from others that are similar to it, I feel like this one gives you a little more information to add to your crazy situation that usually creates a better story from all the players. 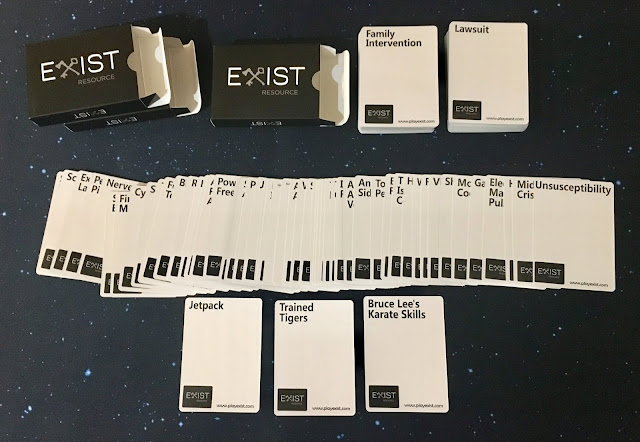 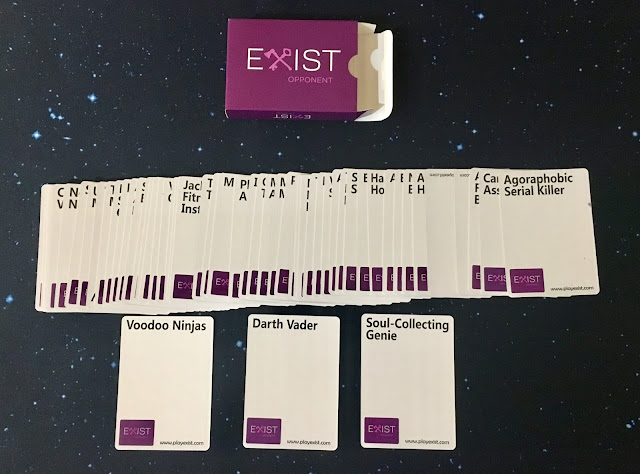 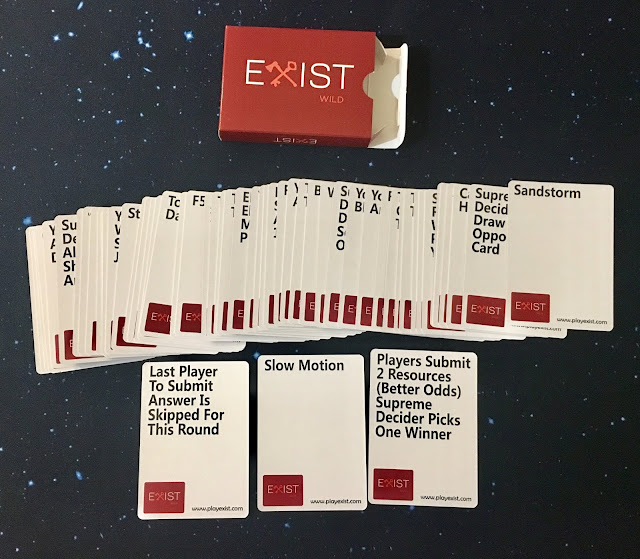 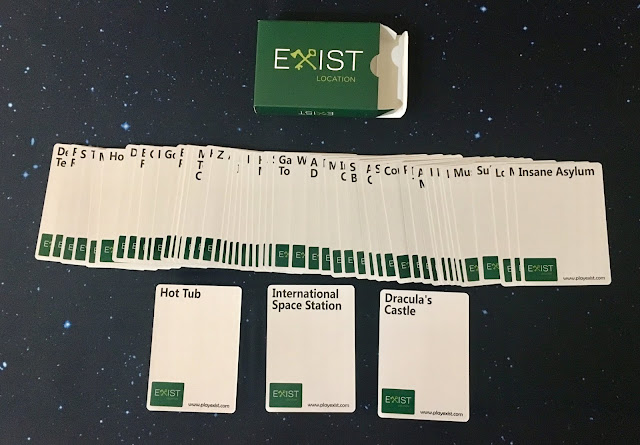